Introducing DirectStream DAC, both Stereophile and Absolute Sound’s Product of The Year. Hand written, discrete, perfection based conversion that uncovers all the missing information hiding in your digital audio media for all these years.
Call for Best Price
$99,999.00Save $NaN

CD’s, downloads, high-resolution PCM or DSD based media are expertly upsampled in the DirectStream to ten times DSD rate and output as pure analog directly into your amplifier or preamplifier. Classic PCM based DACS, including many of today’s DACS that can also process DSD, tend to cover up some of the subtle musical details buried deep within digital audio music; a problem inherent in their architecture. DirectStream solves this problem by employing a pure DSD single-bit approach for both PCM as well as DSD media. This means that your entire library of music can finally reveal all the music and subtle low level details buried deep within its core. Imagine going to a recording studio and listening to a master tape of any recording made. This is the experience DirectStream provides its owners who enjoy a renewed sense of enjoyment and discovery when listening to everything in their library: CD’s, downloads, DSD.

Pure 100% Single Bit DSD Based D to A Converter

Most of today’s sophisticated DACs are IC based instruments using off-the-shelf-chips that are Multi-Bit Sigma Delta based designs. While these are relatively simple to design, and produce, they don’t often give the best results sonically. Because they are one-chip systems compromises are made in their architecture that found in DirectStream’s custom based architecture. DirectStream takes both PCM and DSD, upsamples the data and converts to single-bit DSD and then outputs pure music regardless of input format for the data. The results of this design can be heard in increased musical information presented to the listener at every opportunity.

Most modern DACs use some form of active tube or solid state output stage to amplify, filter and drive the DACs output. DirectStream takes a different approach: passive. In one of the simplest, elegant and musically correct executions of an output stage, high speed class A video amplifiers are used as the final switch for the single-bit, double DSD output of DirectStream; feeding a high performance passive audio output transformer. The transformer is specially designed to act as both the galvanic isolation between the DAC and the outside world as well as the primary low pass filter required to present a perfect, low distortion, low noise output signal. When you listen to DirectStream you never are accosted by added bright, hard glare in the music as happens with many active designs. Instead, clean, pure music flows from the DirectStream directly to your preamplifier or power amplifier.

Designer Smith perfected a 100% bit-perfect volume and balance control that’s built into DirectStream, enabling users to control the output level when feeding directly into a power amplifier or preamplifier. That the volume control is completely bit-perfect means there is no loss of resolution for any volume setting, a feature unique amongst most DACS in the world today. The ability to eliminate the preamplifier in the system without any resolution loss is a major benefit to DirectStream’s outstanding musical performance.

Simple, Direct Signal Path with Only One Master Clock

Typical high-end DAC designs use more than one master clock as you can see in the drawing we provided in the Overview page. There are often separate clocks for USB, Audio and others, causing major headaches for system designers trying to synchronize the clocks. DirectStream obviates the problem by basing the entire design on one master clock of extraordinary high quality. Used is a low phase noise, low jitter clock designed for DirectStream by Crystek. Using this advanced approach, the need for synchronization is eliminated, jitter levels are reduced and music is delivered with a clarity rarely heard.

Immunity to Jitter from Sources

Sources have always had a major impact on sound quality with DACS. Transports, computers, CD players, cables all make a significant impact on performance into a typical DAC. This problem has been significantly reduced with DirectStream. Now, for perhaps the first time, sources of just about any quality and jitter level sound nearly identical. For example, you can take a cheap $30 DVD or CD player’s digital output, connect with DirectStream and have sound quality unthinkable for such a poor source. Performance levels no longer are dependent on the quality of source or connections; certainly, not to the degree they have been in the past. Yes, cables and sources still make a difference, but with DirectStream that difference is reduced to nearly background noise. Whatever you use to play or stream your music now sounds as good as it gets.

DirectStream can match up to either a computer or a home network. If a network connection is desired, there’s is the optional Network Bridge available that slides right into the rear panel of DirectStream and adds an additional input. You can also connect directly to your computer via USB. USB communication, if handled properly, can have every sound quality advantage of a dedicated CD transport or Network Bridge. DirectStream provides a fully synchronous 24 bit 192kHz path for USB based audio. Using a good quality USB cable between DirectStream and your computer, like a quiet MAC Mini, provides an instant media server that can be controlled through any number of handheld devices like an iPod, iPhone or Android using a 3d party controller program. Your music can be managed by iTunes, Bit Perfect, Pure Music or Ammara for ease of use.

A handy feature on DirectStream is the polarity (phase) control. This touch screen option (available on the remote as well) allows users to select normal or inverted phase for every input and for every performance. Sources and music have no standard for absolute polarity, a fact easily demonstrated by switching polarities on the as the music plays. Many Audiophiles mark their discs in phase and out of phase and are very careful to select the proper phase before playing each disc. Some CD players and sources themselves invert phase so that a disc you believe is inverted is correct played on a specific device and incorrect on yet another. To fix this problem you can assign each input on DirectStream to switch to the proper polarity when you activate that input. Touching this control is the same thing as reversing the loudspeaker connections of both loudspeakers (+ to -) at either the amplifier or speakers. All live acoustic music is in absolute phase but some recordings may accidentally be made inverted and should sound more realistic and pleasant when you correct their phase with the switch.

Play Directly into Your Power Amplifier or Preamplifier

DirectStream offers the ability to play directly into either your preamplifier or power amplifier through either its balanced or single ended outputs. You can select the optimum gain setting through DirectStream’s setup menu to match your amplifier and loudspeaker’s sensitivity. If you choose to go through a preamplifier, it’s easy to set DirectStream at maximum level (or any level you wish) to match the preamp’s gain. But should you choose to eliminate the extra electronics of the preamplifier, DirectStream is more than capable of driving the power amplifier directly. DirectStream’s unique zero-loss volume control maintains full resolution bit-perfect performance at any volume setting from the lowest to the highest levels.

Hear More Than You Ever Imagined from CDs

DirectStream converts everything to DSD, even PCM before delivering the music to your system. This approach, coupled with careful design, low jitter and a simple and direct signal path has the benefit of uncovering details buried in the music you may not have realized are even there. CDs come alive with subtle details that were never apparent with your older DAC; details you never knew even existed. CDs sound more like high resolution audio than you ever imagined, closing the gap between higher resolution PCM and DSD copies. No longer do you need to consider replacing your current CD library because once you hear what’s truly on your discs, you may not need to consider upgrading to a higher resolution copy at all. Yes, it is that obvious and significant. 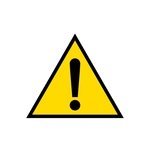